I've seen Man Versus Wild a time or two, and I found it entertaining enough. Guy with nothing but a knife and the clothes on his back gets dropped off in the middle of the cold, wet Canadian wilderness and has to survive for ... what? A week, I think? And guy gets dropped off in a desert somewhere with some implement and has to eat scorpions and make drinking water with a desert still to keep from croaking (or having to be rescued by the rest of the film crew). Or wait ... maybe that was Survivorman?

At any rate, that's cool stuff to know and great skills to have, for sure. (And I truly don't mean to sound sarcastic here; I'm just in a mood, I guess.) But I'm not sure, based on this Associated Press news story out of Salt Lake City, that I'd credit the show with this mission's happy outcome.

So here's the scoop: A nine year-old boy gets separated from his fifteen family members in Utah's Ashley National Forest, when the rest of the party stopped to adjust a saddle on a horse and the child got ahead and accidentally veered off down a side trail. There were intermittent downpours that day, so the boy was wearing his yellow rain jacket when he disappeared.

When the child realized he was lost, he began tearing his jacket into strips and tying those strips to trees. He also kept moving, following a creek in an attempt find a lake where he figured he'd also find people, but, despite his efforts to "find himself" and be found, he ended up spending 18 hours alone, overnight in the forest, before being located by a mounted SAR unit.

On the plus-side, the child did try to leave clues and thereby make himself visible. He also apparently took shelter under a fallen tree overnight. And, as his father stated, "The thing that he recognized from the show, regardless of the circumstances you're in, you are capable of surviving." A positive attitude is always a good thing.

On the down-side, though, the boy shredded his insulating jacket, leaving him more vulnerable to hypothermia. And he kept moving rather than staying put (aka "hugging a tree"). Definitely not unusual behavior for a lost child, as I've seen firsthand.

So, happily, all was well that ended well, and I certainly don't think that the television show did any harm, to say the least. At the same time, though, perhaps a few basics about what to do when lost might be stressed at the beginning and/or end of the episodes, like staying put for one, especially for the benefit of the children who may be watching.

Charging Our Gadgets As We Search? 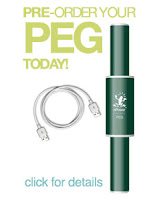 Hm, re-charging gadgets just by walking. With all the wandering around and hiking I do with SAR, that could certainly come in handy.

I don't own one of these (in fact, they're only available for pre-order right now), but I thought this was interesting--a device that transforms the kinetic energy generated by walking into electricity for the portable electronic device it's plugged into. It's called the nPower PEG (Personal Energy Generator), developed by a company called Tremont Electric. The mechanical and biomedical engineer who invented the PEG and founded Tremont Electric came up with the idea while hiking 1,500 miles of the Appalachian Trail.

The 9-ounce device is said to be compatible with 90% of portable electronic gadgets, including GPS units, digital cameras, and most cell phones. The PEG isn't a battery itself, so it can't store kinetic energy for using later. Rather, it's a real-time converter that has to be plugged into the portable device as you and it are moving. A mini USB cable with various adapters connects the PEG to the portable gadget.

The PEG doesn't have to be worn on the person but is meant to be carried, like in a backpack for example. Just by walking (or hiking or running), enough kinetic energy is produced for the device to generate electricity. In fact, it apparently works while you're sitting in a moving vehicle, or if it's attached to some other moving object like a boat, bicycle, snowmobile or quad. Or on a horse for all you mounted SAR folks out there.

I sent an email to Aaron LeMieux, the inventor of the PEG, asking him if this device could work with headlamps somehow, and he replied, "Most headlamps do not have an integrated rechargeable battery like cell phones to plug into, which makes this application a little difficult right now. For my headlamp I use USB Cell’s (http://www.usbcell.com/) and recharge them with the nPower PEG. I acknowledge that this is a solution, but not the best solution. Hopefully, as we gain traction in the marketplace we will be able to work with a headlamp manufacturer to develop a more streamlined solution."

That would certainly make it even more useful for SAR. I for one have to change my headlamp and flashlight batteries no less than every couple of weeks and often once a week. Then there's the battery in my pager, the extra batteries we always have to carry for our handheld radios in the field, and the batteries for our GPS units.

I also asked Aaron about the radios we use on SAR missions. His reply: "The radios that you use are part of the industrial applications that we will be doing R&D on next year. This is a relatively easy application for us. We have been focusing our efforts on the Consumer market, knowing that once we get some traction we can hit a lot of other areas."

Obviously, if he and his company can pull off these applications--lights and radios--it would make the PEG technology much more useful for SAR work. But given the current "estimated price tag" of $150, it would take quite a bit of use to make up for the cost of the PEG compared to that of batteries. Obviously, though, there's more to the idea than just saving money; it's also about consuming less energy, since the PEG is intended to take the place of plugging portable devices into wall outlets for recharging.

For more information on the nPower PEG, visit the Tremont Electric website at Greenpower.com.
Posted by Deb Kingsbury at 2:03 PM 2 comments: