In the News: International Mutual Aid in the Search for Missing Climbers 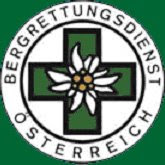 On Saturday, November 22nd, two 25 year-old, Romanian climbers disappeared in the Carpathian Mountains. Initial efforts to find them were unsuccessful, so help was requested from the Austrian Bergrettung.

The Austrians, while volunteers, have the professional know-how and skills needed for difficult rescues. With the financial support of donors, the government, the European Union and UNO, they have responded to search and rescue missions around the world, including sending K-9 teams to help in the aftermath of earthquakes in Iran. 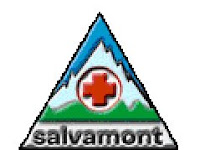 The Romanian Mountain Rescue team, or "Salvamont," is incredibly experienced in their own right, undertaking rescue missions three to four times per week during the summer and often daily rescues during winter months. A typical rescue can involve hiking ten miles and then recovering and transporting the lost or deceased person/s back to base, which can take more than 12 hours. The team can be deployed in as little as 10 minutes from the time of the distress call, no matter the weather, day or night, even if they have just returned from a 16-hour mission.

The Romanians contacted the Austrians for assistance in searching for the two climbers on Monday night, November 24th. The call was made to Franz Lindenberg, head of the Bergrettung, who for years has been working closely with the Romanian Mountain Rescue team. On Tuesday, the Austrian team, outfitted with specialized equipment not available in Romania, flew to Bucharest and was then transported by Romanian Army helicopter to the 2,500 meter-high search area.

The weather report on Tuesday for the region near the city of Busteni in Central Romania was for snowstorms and temperatures 12 degrees below zero Celsius (or 10 degrees Fahrenheit), which put the missing climbers' lives in danger.

There were signs that the two subjects, who were said to be relatively well-equipped, were still alive, according to Peter Veider of the Bergrettung Tirol, and at least one of the climbers supposedly had Recco reflectors sewn into her clothing. These reflectors, which are permanently affixed and require no training or batteries to use, make it possible to detect a person from the air. The Austrians are specialists in the Recco System.

The search for the climbers continued for two more days, during which the Austrian and Romanian rescuers searched the Prahova Valley with RECCO transmitters, until Peter Veider and Arno Piersteiner from the Austrian Bergrettung discontinued the mission on Thursday evening.

All indications were that the two Romanians had been buried under an avalanche. This determination was made as the result of triangulations of one of the victim's cell phones made by Romanian telecommunications experts. They figure the missing persons were buried under 6 to 8 meters (or 20 to 26 feet) of snow.

The job of recovering the bodies will be the responsibility of the Romanians, while the costs for this search and rescue operation will be covered by the families of the two victims, who are apparently financially well off with "good government connections," according to a Romanian journalist.
Posted by Deb Kingsbury at 2:38 PM No comments:

Saved by a Ham

I recently read a Seattle Times article about an injured hiker stranded in the Cascades, who was rescued thanks to a ham radio operator six hundred miles away in Bozeman, Montana. The hiker tapped out a morse code signal on a low-voltage radio. The man in Bozeman, who was testing his radio, just happened to be on the same frequency and recognized the code. Tapping dots and dashes back and forth, the two were able to communicate. The man in Bozeman contacted Snohomish County Search & Rescue and was able to give them the hiker's GPS coordinates, then rescue crews located the hiker and transported him to safety on horseback.

After reading about this incident, I was curious to find out more about ham radios and what role they've played in other search and rescue missions. I learned that amateur radio operators, called "hams," often participate in rescue operations during natural disasters and times of crisis, particularly when conventional means of communication, such as landlines and cellphones, don't work. Examples include the World Trade Center attacks in 2001, the North American blackout in 2003, and Hurricane Katrina in 2005, the largest U.S. disaster response by amateur radio operators to date. In the aftermath of the hurricane, more than 1000 hams converged on the Gulf Coast to help. Read about their significant impact in flooded New Orleans in this MSNBC article.

In December, 2007, when a storm flooded parts of Oregon and Washington and cut off phone and power, a network of at least 60 volunteer amateur radio operators kept crucial systems such as 911 calls, American Red Cross and hospital services connected. The Amateur Radio Emergency Service relayed information about patient care and supplies needed in areas cut off by water. You can read more about this incident here on DailyWireless.org.

Ham radio operators are often skilled at improvising antennas and power sources, and most equipment can be run on car batteries. Some operate on solar power. Hams can use hundreds of frequencies and are therefor able to quickly connect disparate agencies for more efficient communications, using voice transmissions, digital modes such as radio teletype, and sometimes morse code. Morse code allows operators who speak different languages to communicate.

Some U.S. counties have their own volunteer amateur radio search and rescue teams, such as Pulaski County, MO and Gallatin County, MT. Many SAR units throughout the country and the world utilize ham radio equipment, often packed to remote locations by mounted units when vehicle transport isn't possible. El Dorado County Search and Rescue considers ham radio equipment vitally important to their communications. Visit their site to read about the role ham radio has played in some significant California rescue operations.

The following are some additional articles I've come across about ham radio operators to the rescue:

"Ham Radio to the Rescue when Cellphones Failed"

"Ham Radio to the Rescue in Tsunami-Hit Andaman"
Posted by Deb Kingsbury at 7:02 AM No comments:

In the News: YOSAR Member Honored

Not long after posting the recent entry featuring Yosemite Search & Rescue, I came across an article in the San Francisco Chronicle about Ranger John Dill, a member of the team who helped develop the Search & Rescue program. The article, entitled, "U.S. honors Yosemite search and rescue ranger," highlights some of Dill's most significant missions, including the 1982 rescue of 10-year-old Donnie Priest in the wreckage of his parents' plane on 12,057-foot White Mountain. The article begins....

"Danger is a constant in Yosemite National Park, where the towering cliffs, thundering waterfalls and rugged wilderness combine with an unusual knack among humans to stumble into horrifying predicaments.

Nobody knows that better than John Dill, who has been involved in almost every significant rescue in the park over the past 38 years, predating the formation of the esteemed Yosemite Search and Rescue team, of which he is an integral part."

Talk about a busy team! As of September 12th of this year, Yosemite Search & Rescue, or YOSAR, had responded to 215 calls, including climbing accidents, helicopter and swiftwater rescues, and numerous incidents involving lost and injured hikers, the latter accounting for roughly 60% of YOSAR's missions.

Since the team's formation in the 1960s, they've responded to about 200 calls per year, with most of those incidents taking place in the seven-month period between April and October. You can read synopses of YOSAR's missions and see some of their incredible photos here.

Comprised of Park Rangers, SAR "siters" (an elite team of high-angle rescue specialists), SAR interns and other members of the community, YOSAR doesn't limit its work to the boundaries of Yosemite National Park. The team assists in other national parks in the West, as well as surrounding counties, and many of the individual members are on state, national, and even international SAR resource lists. In addition to specialties such as big wall rescue, emergency medicine and swiftwater rescue, YOSAR has had its own canine search team, nick-named "YODOGS," since 1999.

Among the videos we've featured on SARstories.com is the following YOSAR rescue of a (drunk!) climber on El Capitan. This is the first of a two-part video. You can see the second half of the rescue here.

To learn more about Yosemite Search & Rescue, visit the website of the Friends of YOSAR. The Friends of YOSAR is a non-profit organization that supports team members with additional training funds, securing grants, and providing public outreach and education materials regarding safety in Yosemite National Park.
Posted by Deb Kingsbury at 3:24 PM No comments: